Born in the South of France in 1967, Christophe Richart Carrozza experienced an epiphany by the age of twelve when his attention came across the tarot in the Southern French town of Sète. City which name sounds exactly the same as the number seven in French language. And his last name Carrozza means chariot in Italian, the 7th major arcana in the Marseille Tarot.

Twelve years later, suffering of depression, he entered a karate dojo where Alejandro Jodorowsky’s ‘’Cabaret Mystique’’ was performed at that time. It was a revelation, an irresistible call that did turn into a vocation and passion. This was the beginning of another twelve years cycle of learning and practicing the Evolutive Tarot, Psychogenealogy and of course the Art of Psychomagic. At first, Christophe Richart was introduced to the Tarot through “Jodo”and other students that were more advanced than him. He began to make a spiritual journey and started reading the tarot as a tarologist in several Parisian cafes. A few years later he deepened his work as a therapist.

Another new cycle of twelve years and he became Alejandro Jodorowsky’s personal assistant for eight years, his teacher and master ‘’a la oriental’’. He spent eight years performing art, transforming himself, leaving his comfort zone and finally found himself on the spiritual path that had saved his life. Carrozza gave workshops and courses in Italy, Spain and England. Then he moved to Chile. Working there, he extended his work in Argentina, Paraguay and Brazil. He deepened his knowledge on shamanism and the spiritual rites of master plants, a next level of healing. He intensively practices poetry, visual arts, installations and performance (has exhibited twice for Modern Panic in London), theater and martial arts (karate, tai chi chuan).

The true master is in the Tarot itself and he transmits the presence on the path of the spirit and soul! 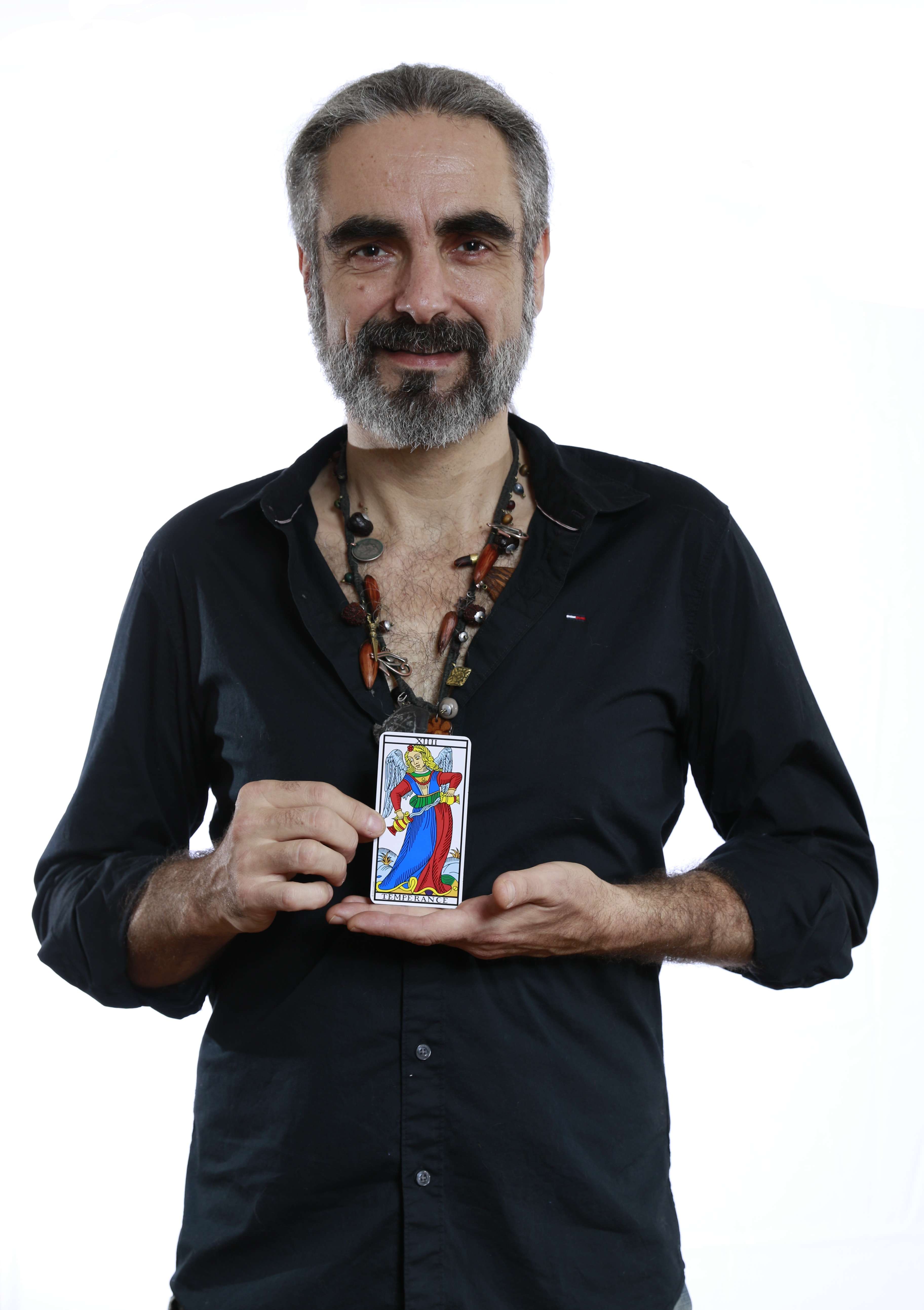